Whilst having a read of some other bloggers material I found myself responding to an article saying I can only really write silly stories or comedy, basically anything aimed at children.  If you ask me to try and write a 2000 word story on Action or Romance I’d fall down flat by the end of the first sentence.

I’ve always been like this.  At University I wrote a script which I now recoil in horror at the thought of as the theme was Sci-Fi drama.  I was really into the TV show ‘Heroes’ at the time and wanted to write a story where this girl had to go and uncover all these truths about her past and her present, unless I go delving into the NAS drive and pick out the script, I don’t recall how it ended BUT I do remember the feeling of just wanting the stupid story finished because I hated it! The Uni module was a DIY one, you set your own assignments, deadlines, progress and present it at the end and I quite enjoyed that freedom and creativity of setting personal deadlines.

This Sci-Fi drama I wrote was actually a second choice to the whole module.  First choice came easily to me, the class loved the pitch, the new stand-in tutor, not so much, people wondered where I got the idea from but I had it properly plotted out, first draft done etc. So what stopped me going down this route? My gut instinct.  It was telling me it was too silly an idea added with the disapproval from the new industry professional tutor I just backed out.

I shall tell you the idea since I have no passion to ever go back to it.  It was a world all about gnomes.  It’d be a dark comedy, just saying that now in case you think it’s something maybe Cbeebies could pick up, no it really isn’t at all.  The gnomes co-existed quite contently with cats. The cats didn’t speak but they had a mutual connection, it was them versus the humans – both live in parallel.  There was this really corrupt gnome who goes on the rampage to try and upset his world because he hated it so much, he goes as far to damage the connection they have with cats and it is the wife of this psychotic gnome who we actually root for, it is all about her rising up against her husband and helping the community to stay as one. I don’t know where the idea came from but I always seemed to have them fully formed as soon as a new assignment came in, weird right?

I spent 2 years working on various scripts and I realise I purposely avoided themes that were serious or too close to real life and instead went to the other end of the spectrum but found it really fun.  I wonder if the writer in me SHOULD consider other themes in the future.  Double check my forte as they say.

What do you think? should a writer have multiple styles/methods of writing even if gut instinct says play to your strengths? What if you don’t know your own strengths yet?

A while ago I invested in another writing course, this one was how to write fiction for adults as oppose to how to write for children which was the first online course I completed.  It took months and eventually I reached the end of it, got the certificate and bought the book, really enjoyed the learning and the knowledge gained from it.  The big question is, is do I start this second course just yet?

Here is my predicament:

If I did, it means I’d be starting up yet another project and to be quite frank my original project seems to have come to a halt.  Or do I try and force myself to complete it, have as many projects as possible on the go and see which, if any, can motivate me to continue writing.

The main project is becoming quite hard and that’s mainly because I’m having to think of ways around the various obstacles I’m coming up against.  I’m still mapping it all out but I’m also trying to concentrate on writing the ending so I know how to get to it.

Hmmm, not sure what to do. I don’t want to stop writing but I think if I get this course going it might give me that inspiration – then again it might not. Maybe I just need to give myself some more time instead of thinking things should be done by X time?

Over the past couple of days I have been checking out other bloggers and I have often dropped comments on their articles.  One piece of advice I gave someone was to just write something, even if it’s small – but I just can’t seem to take my own advice!!!!

So annoying, I’m trying, really trying but am thinking more about the crisps I’m eating than the story I should be writing.

To set the scene there are 2 clouds floating high in the sky, they are watching the world go by whilst having a general chat.

CLOUD 1: Yes well my house has an extension on as well as 3 kitchens.

CLOUD 2: That’s nothing. Mine’s got 6 acres of land and a swimming pool.

CLOUD 1: My Garage is a fully functioning gym room did you know?!

A bird flying by has heard all of this and tuts to himself.

BIRD: The boast-gusters are at it again.

I might have a go at writing a mini story on my blog, so you get an idea of my writing styles. It feels a bit like a lot of promising on my part without showing any of the final product.

Will think of an idea and enter more tonight.

There we go, another project. More fingers in pies. 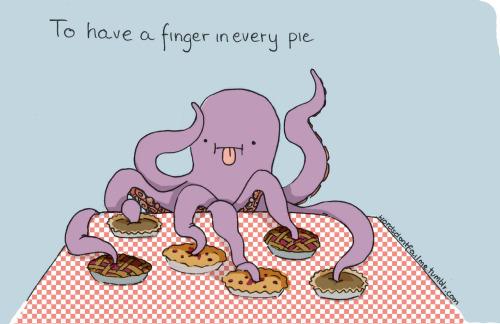